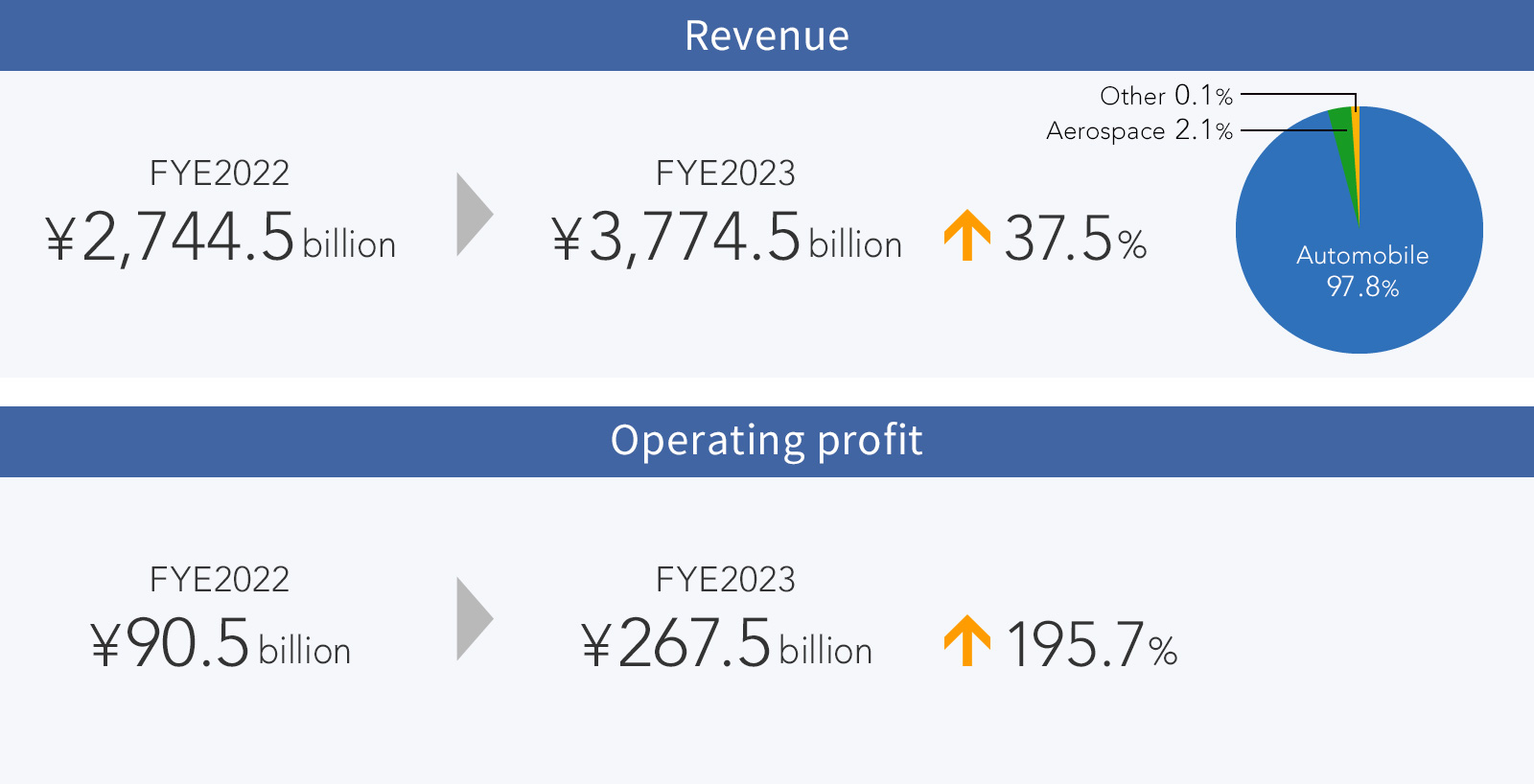 In fiscal 2021, demand in the automobile industry was on a recovery track along with the economy. However, automobile production stagnated in various countries due to global shortage of semiconductor supply, which also affected sales. Overall automobile demand in the United States, our mainstay market, decreased from the previous fiscal year by about 4% to approximately 14.5 million units. Total automobile demand in Japan decreased by 9% to approximately 4.2 million units.
Under such business environment, supply constraints of parts procured from business partners continued and we also had to adjust production and temporarily suspend operations at our plants in the U.S. and Japan. Consequently, overseas and domestic unit sales decreased year on year by 114,000 units (15.0%) to 645,000 units and by 12,000 units (12.1%) to 89,000 units, respectively.
This resulted in a decrease in combined overseas and domestic unit sales by 126,000 units (14.7%) to 734,000 units. Revenue decreased by 60.0 billion yen (2.2%) to 2,677.5 billion yen. Segment profit decreased by 16.5 billion yen (15.2%) to 92.5 billion yen.